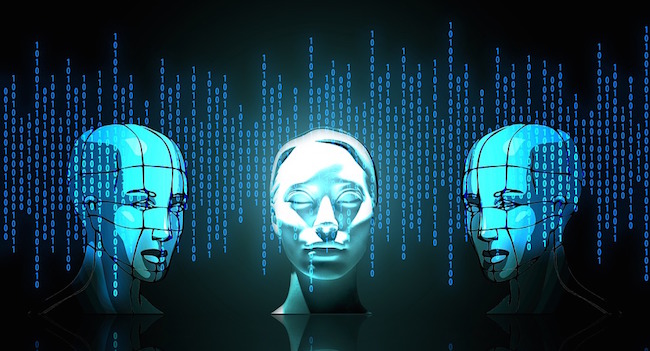 As accurate and portable brain imaging technologies become more mainstream, the nature of how we interact with computers will change completely and forever. Traditional design roles will become obsolete - replaced by new and even more interesting roles that need to be filled.

BCI designers will become the new UI designers, and with everything originating directly from your mind, graphic design wont have the same level of importance either. HCI designers will need to incorporate new fields like neuro-psychology into their design thinking.

Fascinated by this coming shift, I decided to write about what kinds of problems BCI designers will encounter - all while relating back to the human centered design approach we currently use to creating functional, enjoyable products.

What does a BCI designer do?

A BCI designer is a designer who designs experiences for devices that read and write directly to a user’s brain. They face many of the same challenges a normal designer faces, but in a very different way. Problems that were once simple to resolve become hugely more complicated. Other problems that were once complicated no longer exist in the realm of challenges a designer must overcome each day.

In many ways, a definition from the IxD stays the same:

The BCI designer just does that for products and services that interact directly with the human brain, with the additional constraint that they they have no intermediate input tools such as hands, voice, screens etc.

How is designing BCI interactions different? 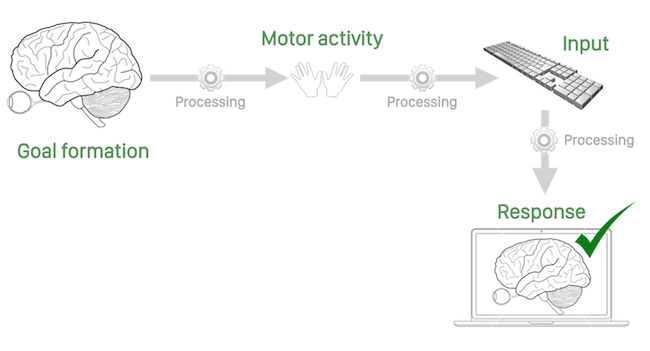 Overall there are number of additional processing steps compared to a HCI-BCI flow.

What factors do BCI designers consider?

With very few products in the market that we can evaluate from a HCI-BCI design perspective, it makes sense to look at some of the existing attributes we value as HCI designers and extrapolate how they might apply (or break) when applied to BCI design.

On a personal level I also believe that an understanding of the ethics of design is important for all designers, including BCI designers.

How do these values apply to BCI?

Ease of learning and use

You wake up in the morning and put your EEG headset on. You don’t go anywhere without it any more. You take 5 minutes to tune it - performing a series of mental gestures to reset the calibration. The structure of your brain has changed overnight - your dreams have stored the previous day’s events into long term memory. It’s the same every day.

You shoo the kids out to the car, then mentally summon up an image of them getting off at school. The car sets off, but seeing the traffic ahead, you want to take an alternative route. You turn an imaginary steering wheel to the right, and the car shifts lane in response.

You sit back to enjoy the rest of the ride.

To control the world around you, each command you practice at the start of the day is a real world action that is contextual and easy to remember.

Skeumorphic activities aid contextual recall - turning a steering wheel and imagining the children arriving at school are all activities that create distinct mental patterns which can be understood and turned into actions to be executed by a computer. This approach aids the learnability of the device.

The range of commands you can give at any given moment is effectively infinite (or at least limited to your imagination). The BCI device must therefore be adaptable and be ready to react to any command at any time, while most likely having some understanding of the context of the command.

Later that day in work, you are filling out an online form. You look at the first box, then think of yourself. Your name appears. For the second, you imagine putting an old fashioned letter in a postbox with your hand. Your email address appears.

Finally, you look at the credit card field, and imagine your bank card. The details appear in the correct location, but you wanted to use a different card. An involuntary stab of frustration bubbles up. The computer detects the error and switches to a different card. The form is complete in a fraction of the normal time.

Happy, you look at the submit button and blink.

One of the biggest long term drivers of CBI is the potential performance benefits of direct access to the brain without all the “meat” in the middle.

Efficiency is gained only if the right actions are understood, not a trivial task given our brain and muscles both generate a lot of random signals that must be filtered out.

Like other technologies that rely on machine learning and probability (e.g. speech recognition), error rates will be quite high initially. New approaches to reverting actions, such as by reading anger/frustrations levels or some final physical confirmations such as a focused blink also become possible to mitigate this.

It may even be possible to cycle through “correct” options, allowing the users subconscious to decide the right answer before they consciously realise it.

Once you learn to visualise a series of actions (they could be any action as long as they are consistent), the responsibility for accuracy lands on the BCI device - they must recognise your mentally trained actions each day, despite your evolving brain structure.

This robustness can be improved with specific actions that require gaze, focus and ocular activities - all readily trackable by even currently available EEG devices.

With a stressful work day over, you decide to sit back and relax with your favourite computer game. Getting stuck on a particularly difficult part of the game, your headset senses your frustration before you even realise it yourself and dynamically adjusts the difficulty to let you progress to the next level.

Finally, it’s time for bed. Before you sleep, you upload your compiled brain activity to the cloud, receiving recommendations on how to improve your personal performance the next day.

You throw on your nightcap (which guarantees you will get a good night’s sleep and records your dreams for playback). Tomorrow is just another day.

BCI design is the ultimate playing field for creating emotionally engaging customer experiences - because you can tell exactly what emotion a user is currently experiencing and act to fix or expand it.

Also worth considering is the difference between active and passive user inputs. In the case of a web form, users must actively make conscious decisions to take specific actions. In a passively monitored CBI application, subconscious decisions and emotional fluctuations can be used in addition to active decisions made by the user.

Properly understanding a person’s feelings and emotions is something that no mainstream computer interface tools have been able to detect reliably. The range of possible experiences that can be created by a HCI designer is therefore massively extended.

A few questions that are worth asking when software is capable of reading and writing directly to our minds:

Should a computer be allowed alter a user’s emotional state without a user’s explicit permission (great for depression sufferers - and brainwashed soldiers).

Is it ok to implant thoughts or memories directly into a user’s mind?

Should a computer be allowed react autonomously to a user’s subconscious thoughts?

What happens if a criminal or overly salacious thought enters your mind? Normally you shut it down and move on. What happens if a computer reads it - and executes an action before you can stop it? Is it still your fault?

Give me the bottom line, boss - am I fired?

HCI-BCI design is at a very early stage, but there are powerful commercially available BCI products available today with many more coming online in the near future. To get a really good understanding of what is currently possible, see our article on the computer brain interface products of today and tomorrow.

Most research to date has centered around enabling paralysis and ALS locked in suffers to move and communicate, but with applications coming online for gaming, military, sporting and work performance analysis, BCI products are moving towards mainstream usage.

You might not be out of a job quite yet, but it’s worth keeping an eye out to see when you need to start upskilling!