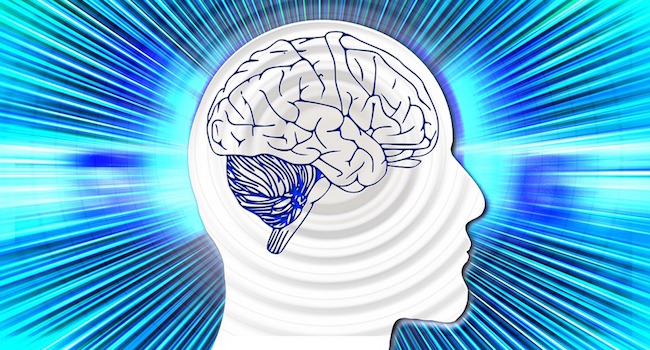 The Computer Brain Interface Products of Today and Tomorrow

In 2025, a wide array of applications will use brain signals as an important source of information. We will see routine applications in professional context, personal health monitoring, and medical treatment. We envision a future where humans and information technology are seamlessly and intuitively connected by integrating various bio-signals, particularly brain activity. BNCI horizon roadmap

When it comes to living forever, there are many challenges we face - challenges humanity is well on the way to solving. As we solve each of these challenges in turn, we invent new and ever more amazing technologies that affect our lives.

We started thousands of years ago with inventions like writing, agriculture, bronze and iron. More recently we’ve mastered the printing press, flight and nuclear power. Recently we’ve made every bit of human knowledge available on demand - just reach into your pocket.

But every one of these advances has always been limited by a single human frailty that has slowed us down. The fact that these devices must be used through an intermediate medium - your eyes, your hands, your feet - has, until now, prevented us from using our most important organ - our brains - to their full potential.

Very soon now however, that will change forever.

When it does, how we interact with the world around us will be torn to shreds. Traditional products will become obsolete. New Facebooks, Googles and Microsofts will be born, companies that succeed by building products that harness the power of the mind to help people achieve their goals more efficiently than ever before.

Of course it sounds like science fiction. But it’s a science fiction that is already real, and becoming more so by the day. Let’s start by introducing some of the technologies are already available on the market.

Mindball is a game that you win by being more relaxed than your opponent. By monitoring your brain activity the headset determines how relaxed you are - and thus whether you are winning the game. It’s the only game where getting excited at winning will cause you to lose (editor note: may not make for a great spectator sport).

The Epoc Neuro-headset can detect facial expressions, provide information on brain performance and emotional states and allows users to create mental commands through the use of the headset. It also has a cheaper variant, the Insight which does similar at a lower fidelity. Both allow their data to be sent to a computer to be processed and turned into real world applications.

The Emotiv range is described as a “non-invasive (not implanted) consumer based EEG devices which also filter out EMG signals (artifacts produced by your muscles and not by synapses inside your brain.)”

The types of products being built right now using the the device include a brain controlled driving experience:

The Neurosky Mindwave can detect your brain activity, your level of attention and even when you blink. See what they say about it themselves:

Already built on this platform are a few products in the medical space such as Mindscribe: a communications device for people with locked in syndrome that lets them communicate with the power of their mind.

Dubbing itself the first “Brainwave interface for Apple products”, the XWave Headset plugs into your headphone jack (Sorry, latest iPhone users…) and lets you control a limited number of apps directly with your mind.

Finally, on the cute side of things, the Necromimi reads your brain signals and translates your emotions into a peripheral set of ears and, if you like, a wagging doggy tail. If you are happy the ears will relax and the tail will wag, unhappy and the ears will become more alert and your tail stiffen. There is no doubt that of all our great scientific and technological progress has been so that this type of device could be invented.

For every new industry to grow, there needs to be a good balance between open innovation and proprietary research - and computer-brain interface research is no different. A number of open bodies have sprung up to connect people who are interested in researching CBIs and are worth looking at if you are interested in getting involved in actually building your own computer-brain interfaces.

NeuroTechX was created in 2015 with a mission to building an international network for neurotechnology. The organisation brings hackers, researchers and enthusiasts all together in many different cities around the world. They’ve grown rapidly, suggesting the DIY neurotech / BCI space was already waiting for such initiative to see light.

Not a product but an organisation dedicated to creating open standards for BCI devices, the openBCI movement emerged from a Kickstarter campaign to create a high-quality, 3D-printed EEG Headset. To date, they have made two commercially available tools for BCI hackers - the Ultracortex and the Ganglion.

Coming soon (directly to your brain)

This experiment takes a viewer’s watching of a video and recreates the video by watching that person’s brainwaves only. In other words, it can record what your brain sees, and play it back to you.

Clearly it will never be used against you. Sleep well :)

Telepathy and sending and receiving commands directly between two brains. First it was done with rats, now it has been done with humans.

Communication, one might say, is all about control. So here’s one of a human controlling a rat (and thankfully not the other way around).

The main thrust of medical research involves locked in syndrome, paralysis victims and other people who’s ability to move or communicate is restricted, but who’s brains are fully functional. Even small improvements in these people’s ability to move or communicate can dramatically improve quality of life. We have also seen examples of a wireless transmitter could give paralysed people a practical way to control TVs, computers, or wheelchairs with their thoughts.

Do you remember when?

Polygraph tests have been used for a long time to detect the minute electrical fluctuations in a person’s skin to tell whether they are telling the truth. This happens because a person finds it harder to tell a lie than tell the truth - it requires using more parts of your brain than simply being honest. Guess what is good at telling whether you are using lots of your brain? That’s right - EEG headsets. Neurosky even suggest how this could be achieved on their website.

Industry defining computer games Half-Life 1 and 2 both adopted new technologies to create genre-defining games. Could the long awaited Half-Life 3 incorporate computer-brain interactions as a mechanic? A comment from Gabe Newell suggested that even if it wasn’t, BCI gaming is being thought about (groan) by some of the most successful luminaries in the games industry.

Crazy decision! What was he thinking?

Ever wonder what your favourite sportsball player was thinking when he made that craziest of crazy decisions? Soon you will be able to tell. Performance, decision making and fatigue detection metrics can be beamed directly from a player’s helmet and will allow viewers to read visual information, stress levels and every detail of a players emotional state leading up to a catastrophic decision. Maybe we’ll realise that they are only human too.

The control of prosthetic limbs is getting better and better - but it’s not out of the lab quite yet.

The military, of course

DARPA is of course in on the act, funding a range of research that will become part of the battlefield of the future: