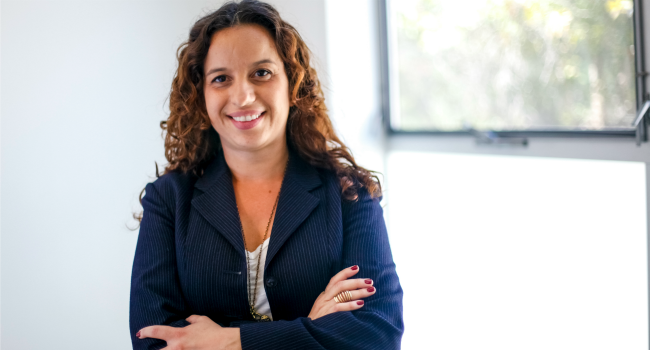 The most important thing about UX with Lisandra Maioli

Lisandra Maioli’s career began in journalism at a time when working in digital media was considered crazy and UX hadn’t even been invented yet. Since then she has studied at Berkeley, delivered design projects across three continents and continued to develop her passion for UX as a journalist, marketer and designer. We sat down with her to find out what she believes is the most important thing about UX.

Dave: What’s your passion and where would you place yourself primarily? In design, UX, education, marketing or social media?

Lisandra: I usually say that I work in digital communication. I am a journalist and I’m interested in people and telling their stories. Everything I’ve done so far in my life, from journalism through to product management, social media and UX has been about understanding people and their stories.

How has the UX industry evolved?

Dave: How do you think the world view of UX design has changed since you started working in UX?

Lisandra: People just didn’t think about the user back when I started, it was all about building a product and then hoping that the users would happen to come across it and like using it. In 2006 I worked on a project for Disney, called Toontown Online. When I first started on the project, my manager said they were finding it hard to promote the product, it was a great idea and a great product but no one was using it. 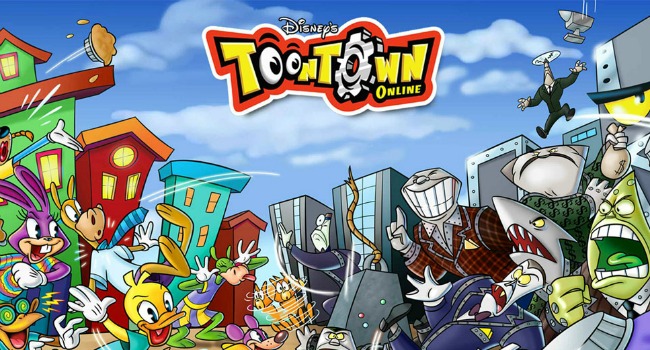 They didn’t have enough good data about the users. So I started thinking about who the user was and what they wanted. They were mostly children and the people who were paying for the product were their parents. Instinctively I went to find out where they were talking about the product. The product was being discussed on Orkut, Google’s social networking site at the time. I was able to gather huge amounts of information and feedback about the product there, something no-one had done before.

Then I decided to start up a blog and suggested this to Disney, but they were afraid of user comments and what people might say. They were scared of the customer feedback being seen online - something that has completely changed now.

UX wasn’t even a term back then, no one really worried about the user, who they were or what they wanted. They only worried about their pockets and making a sale. It’s only in the last 5 years that people are realising how important UX is.

Dave: What’s the difference between UX research and market research, do they both provide value or does one take the place of the other?

Lisandra: I think in the next few years the two are going to become interchangeable. Looking at my journalism work, UX and market research, they all have the same narrative. In the future companies are going to see more and more that they need to understand the needs of their users. They will see that it’s more important to solve a user’s problem first instead of focusing solely on the product.

Dave: How would you usually approach a UX project?

Lisandra: I like when I have fresh eyes when coming into a project. Recently I was working for an ibeacon startup. The CEO was sure the product should be selling but it wasn’t. I went in with a fresh perspective and was able to see the user in a different way to how the CEO saw them. 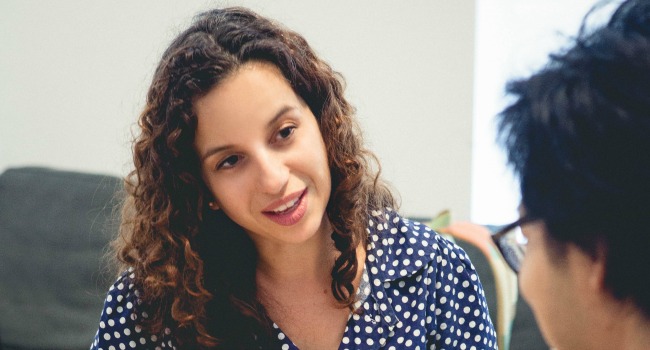 Dave: I know what you mean, whenever we take on someone new in Fluid UI I can’t wait to sit them down and see what they make of the product and what suggestions they might have. It’s invaluable to have someone who is coming from a totally fresh position, but who is invested in having your product succeed.

Dave: Do you find it hard to convince people who have been in a company for a long time that there is another way of looking at their product?

Lisandra: I try to avoid clients who are not open minded. It’s hard for a UX researcher like me - who is so focused on research and the user - to be able to explain to a CEO how things need to change in order for them to benefit the user and not just the product. It’s hard to bring the concepts of UX into some companies where they think a UX professional is some sort of guru with all the answers.

There has to be a period of education when I start working with a client, this is the same for social media. I have educational meetings about social media. I teach clients the strengths and weaknesses of using social media for their company and that it’s not just something that their grandson uses to talk to his friends.

At the start I now have one or two meetings with clients explaining what UX is and what we can achieve before we even talk about contracts.

Dave: Right now a lot of larger companies don’t really understand the significance of UX research or how it’s meant to work for a company. I think it’s comparable to 10 or 15 years ago in software development. Marketing would just come in and say this is the problem and expect the development team to make it work in a day or two.

Lisandra: Yes, it was really hard when I started out. For example, I was working for a portal in Brazil back in 2000 and they had just created an online classified website. They weren’t sure how to work with it and were trying to copy the off-line model. It was a small product at the time. There were only three people working on it. Myself, a designer and a product manager. I thought OK, I have lots of time here and it’s a small product so I’m going to ask every single user what they thought about the product, what was difficult and if there was anything they would change about it.

We had a meeting with the CEO and he was describing what approach he would take. I was new there and I wanted to make sure that I got my feedback in. I said “no that’s not what the user needs, I’ve been out talking to them”. I remember other people told me I shouldn’t have said that, that I should have agreed with the CEO. But he was wrong so I had to say something. Afterwards the CEO sat me down and asked me what I would do differently and he respected my speaking up. Looking back I didn’t realise but I was working in UX before it was even given a name.

Dave: Yeah it’s funny when you think about it. We wrote a post recently which looked at history and how people were effectively doing what we now call design thinking. The philosophies were the same but they used different words to describe the same thing. These people, they just grasped a user’s needs as sort of obvious or rational way to solve a problem. We can overcomplicate things so easily inside our own ivory towers.

How do you define design?

Lisandra: Design can be everything. When I’m talking about working with UX design, people always think I just do lots of beautiful designs for mobile or websites. But actually UX design is more about design flow, designing services, design mindset and is even a way of thinking. Design is so subjective and it’s also so broad.

“Design is so subjective and it’s also so broad.”

What problems are there in the design community right now?

Dave: What problems do you see in the design community at the moment?

Lisandra: I often have clients who have a tough time understanding the difference between design and UX. I explain by saying UX is flow design, wireframing and prototyping whereas design is artistic, visually enjoyable and pleasing. This helps them get a broad understanding. Though the two disciplines are different it’s impossible to work with them separately. They are interchangeable. You can start out with a wireframe but if you’re looking for a more visual solution then you need to get a designer to work on it from there. I like to have close contact with the designers and developers on a project because each section will have different solutions to the same problem. We can put all of our solutions together and then come up with the best solution for the user.

I find that some art designers don’t understand UX design, they just want to do something beautiful and they forget about the user experience and design thinking and a lot of other layers of thinking. This is a major problem for me.

I had a client recently who had a really gorgeous website but it was completely confusing and really hard to use. There was too much colour and not enough progression. They were offended when I told them it was unusable. Everyone they asked to look at it said it was beautiful. But functional isn’t the same as beautiful. 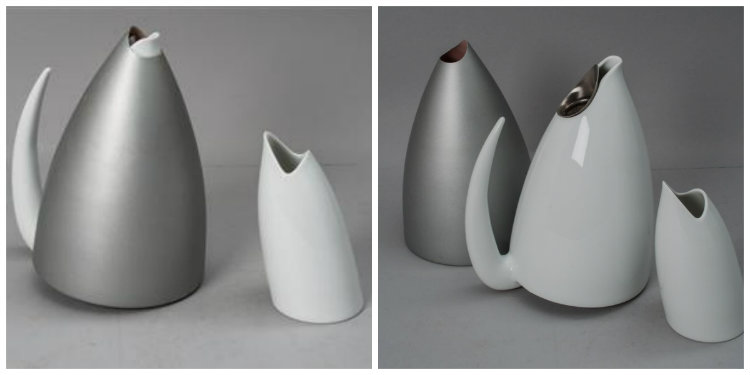 We’ve seen this in art history as well, where people just designed beautiful things that didn’t really function as practical objects. They were not made to be usable. When you are talking about products and services you need something that people can use as well.

How is the UX community progressing?

Dave: I sometimes feel we are in the third era of software design, where you start off with the internet and up to about 2001 and there are programmers but there are no graphic designers specifically. So you’ve got something that is functional but works horribly and looks even worse. So the obvious next step is to make it look better. So in come the graphic designers and all the websites go from black to white backgrounds. Now we’re in a third era of moving usability in and then putting the graphics on top. Bringing humans and psychology into it as well as working on the look and feel of the product, not just focusing on the actual technical solution.

Lisandra: This is interesting, it happened with cars as well. My CEO in Los Angeles had a Tesla and I used to look out the window at it and dream about driving it. Tesla is beautiful but it’s also easy to use. One of my father’s first cars was horrible but he always said that it worked really well, he could drive it and it was functional. My brother had a beautiful car and it was always breaking down, it was terrible but he loved it! 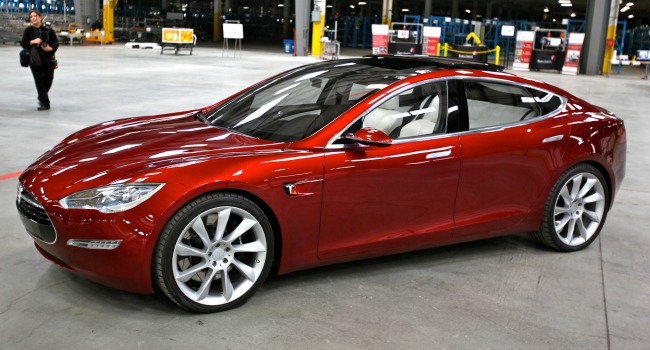 This is the first in three posts about Lisandra’s experiences delivering UX solutions. Follow Lisandra on Twitter for more UX insights, or sign up below to make sure you get them in your inbox.