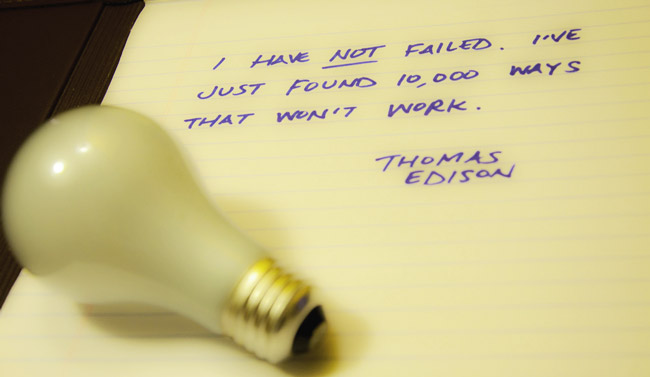 Startup Failure is an opportunity to begin again

The greatest teacher, failure is (Yoda)

It’s a new year, and time to make a fresh start. You may have a great idea, maybe you are looking for an up and coming startup, maybe you want to build a great team. Most importantly, you have a plan but this is not enough.

In this post, I want to give you an insight into the main reasons why Startups fail, and why they succeed.

I am going to go through the most important parts of any startup.

Everybody is looking for a great business idea. The next Microsoft, the next Google, Zune, Trump presidency?

Zune? Why mention one of MS’s biggest failures? Well, it’s simple you learn a lot more from failure than you do from success. There have been a lot of great ideas which have fallen flat on their face. But, in their failure lies opportunity to learn. The great advantage is that you learn a lot without having to go through the pain of falling flat on your face. It is also worth knowing that there have been some amazing ideas which have failed.

So, what do we learn from this? An idea is important but it is only the start. And most ideas no matter how great will fail in the short term.

The reasons for their failure is the key.

Don’t invest in an idea, invest in a team. This is the mantra of many angel investors. They have been around the block enough times to know that failure is just part of the process, but if you get the right team together; then you have something a lot stronger and less ephemeral than an idea. The team can grow and learn even and usually because of failure and mistakes. The right team will take these on board and use it in the future. Make sure you have the right team around you.

But, what how do you know if they are the right team. If they have failed that kind of suggests that they are not the right team. Doesn’t it? Well, no. The key is understanding why a team failed. Here is a list of 11 failures which led ultimately to great successes.

Finding success in your startup can take anywhere between several months to even years. It is important to make sure that you are chasing the right dream from the start. Validating your business idea before you invest your time and money is thus very crucial. A Minimum Viable Product (MVP) helps you build an absolutely basic version of your product that helps you gauge interest and gather customer feedback. Failing in this stage provides you with wonderful insights that you can use to pivot and build a better version of your product. The validation stage also helps you find your first customers who will define the future of your product.

I already mentioned investors. Funding is important. But, it is only part of the process. No amount of money pumped into the wrong team or the wrong idea will succeed in the long term.

Techcrunch published a list of 10 startups with eye-watering levels of finding which failed in 2017. You might wonder how some of these convinced anyone to give them money but that is a discussion for another day.

Now, none of this is to suggest that funding is not important. Of course, it is. But like the other factors; it is not the holy grail and you need to get into the right mindset when looking for startup funding but don’t get bogged down here if you don’t get the right offer.

Timing can make or break a startup. No matter, how great your idea, if the moment is not right then you are doomed before you even start.

Think about Trump, or Brexit. Nobody would argue that these were a good idea. The team behind the idea were not so hot either. It is hard to find anything in their favour and most experts thought they would fall flat on their face but they had one thing that trumped everything else (sorry about the pun), they had timing. The moment was right for a change and well all other factors became almost insignificant.

When should you test? The answer is simple. All of the time. Start testing before you do anything else and, well, don’t stop. Lack of testing before and during the life of a startup accounts for over 50% of failures according to one report.

Testing the product is probably what jumps into your mind when I mention testing. And, yes, this is essential. The more you learn from your users the better your product will be (for those users, so make sure to test as many segments as possible).

But, you need to start testing before you even begin to design a prototype.

Ultimately, testing is all about failure and learning from your mistakes. You need to find the flaws before it is too late.

Marketing is a dirty word in a lot of circles. We all hate endless emails, banner ads, promoted tweets and facebook posts which try to get us to engage with a platform. And, maybe you think that really great products don’t really need it as they are just too good. Build it and they will come is your mantra.

Try searching for something on Google and then go to your Facebook account. Suddenly you are seeing ads related to your searches on Google. Given that people tend to search for things that they are interested in, Google has become the single most important marketing tool. Like it or not, you need to use it. One tip here from experience. There are no quick fixes when it comes to marketing. It is a tough job which takes time and effort and anyone who tries to tell you any different is wrong and probably trying to sell you something that won’t work.