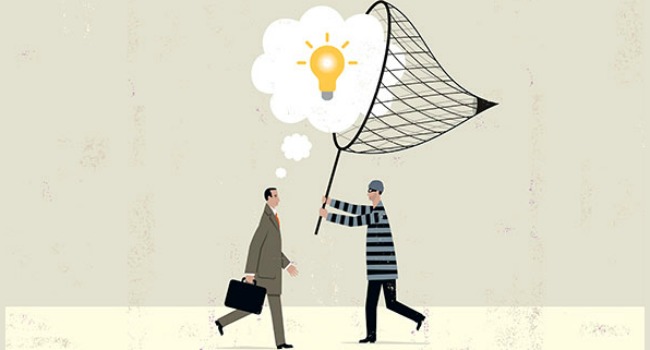 Adopting open innovation (or why I won’t steal your idea)

Aiming to engage with the audience at a talk I gave recently, I asked what I presumed was a fairly innocuous question. Expecting only to see who was awake and who was comfortably dozing in the darkened recesses of the room, instead I saw a sea of heads nodding up and down. The question clearly resonated. I immediately looked to find out why.

The theme of the event was Open Innovation.

Open Innovation is a paradigm that assumes that firms can and should use external ideas as well as internal ideas, and internal and external paths to market, as the firms look to advance their technology.

In the morning sessions, speakers from Siemens and Intel had touted the value of openly engaging with customers and companies outside of your own as part of the R&D process. What they hadn’t touched on was the fears that still prevent companies from adopting this approach with open arms. The question that evoked the response was a simple one -

“Does your company have a fear of sharing ideas?”

The majority of the people present felt this was the case.

The fear of sharing

As a cloud based prototyping tool, we get the “concerned about IP” question quite a lot at Fluid UI. A customer is looking to create a prototype of an app or service and is wondering whether we are just going to steal their idea and build it ourselves. It’s a question that is worth respecting and it comes in many forms (from both early stage entrepreneurs and Enterprise customers), but does sadden me slightly whenever I hear it.

our terms set out that our users maintain complete ownership of all intellectual property created using Fluid UI.

No productivity tool - be it Outlook, Photoshop or your favourite web browser - could sell without this type of clause. The unofficial answer is the more relevant one. It goes something like this:

We’re working through a roadmap that is chock full for years to come.

We really really don’t have the time to steal your idea - even if the idea was totally guaranteed to make us instantly rich. And when we get to being less busy, we’re going to go out and talk to our existing customers and get lots and lots more ideas about how to solve other problems they have. We’re not going to steal your idea. We’re only ever going to complete the top 10% of our own ideas anyway.

Now, a question for you.

Imagine for a minute that you got hold of your biggest competitor’s complete product roadmap. What would you do? Would you slavishly read it, throw out your own roadmap and start copying theirs, presuming it was somehow better than yours? Would you suggest an about-face for your entire company, just because someone is working on a feature that might steal a percentage of your market share?

You might not even change anything. You might just laugh a bit at the carelessness of having their roadmap leaked (unless of course they were just sharing it publicly for customer feedback in the first place). Then you’d realise you were distracted from your actual work and get on with the job of making your own product better. Schadenfreude never helped anyone sell a product.

Value comes from execution, not ideas

Lean, Agile and Scrum dominate thought leadership of modern, efficient product development. None of these methodologies herald the value of an idea. Rather, they all focus on the process used to create value - efficient development, elimination of waste, clarity of communication and similar.

Winning a market is no longer about having a unique idea - the very concept of a unique idea is long gone in the age of the internet. At Fluid UI, we estimate there are about 40 products competing directly with our own. Other companies, like our fellow Dogpatch Labs graduate Intercom (in the customer support and marketing automation space) could easily count 1,000.

The need to more deeply understand your customer’s problems now supersedes the need to protect those ideas from people who you might compete against in delivering them. If you focus on delivering the right product (UX research) and doing it more effectively than anyone else (Lean, Agile, Scrum and Prototyping), you’ll be first to market with the highest quality of features in your space.

If you were to adopt one idea from reading this, I would hope it would be an understanding of the benefits of dropping your fears about communicating your ideas openly. Every early stage idea is at best half formed and requires customer feedback as quickly as possible to navigate towards a successful endpoint.

Fluid UI is a tool for prototyping design ideas which has the express intent of forcing you to go out and talk to your users about your designs before launching a full scale development effort on them. Ideas can be validated in days rather than months, and by small teams rather than divisions of your company.

If you aren’t prototyping, there is no open innovation and you are not operating a lean development environment. Want to learn more? Connect with me on LinkedIn or chat with us in the live chat on www.fluidui.com