The UX of Pokémon GO

If you took a badly timed coffee break recently, you’d be forgiven for missing the birth of an era. If you didn’t, you probably noticed the staggering launch of Pokemon GO - a product that appears to have transcended age, race and gender to assume a position in digital culture that is more dominant than Tinder or Twitter - a position it arrived at within a few short days of launch.

To understand the scale of the launch, let’s look at how the game has performed in it’s opening few weeks:

The average player is spending an average of 50% more time in the app than the next closest rival - Facebook.

Daily revenue estimates of $1.6m on the App store alone and $2.9-$3.9m every day when combined with Android.

A traditional marketing effort alone could in no way have accounted for these kinds of numbers - which means that hidden within the early success of the product is a quality of user experience so engaging and profound that it has spread like wildfire - engaging multiple generations in a way that no game has ever done before.

Why is the UX of Pokémon GO so “right”? 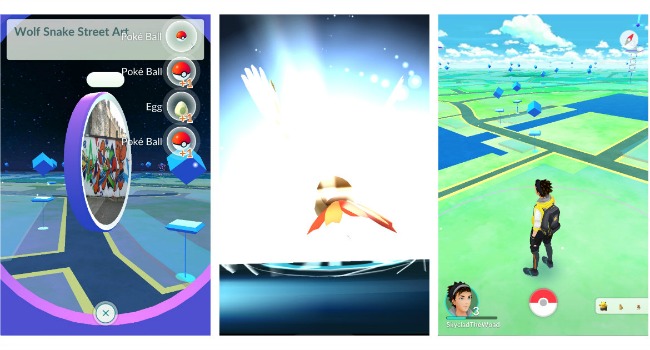 The success of Pokémon GO can be attributed to three factors:

How did they achieve it?

The first job of the successful game designer is to engage potential users with the game through an effective onboarding process - downloading the app, setting up an account and finally teaching the main elements of gameplay (often called the core loop). It’s also an opportunity to help the user define themselves and understand the world they are about to enter, with Niantic choosing to let players set up custom avatars to improve personalization before throwing them into the virtual world they have created. 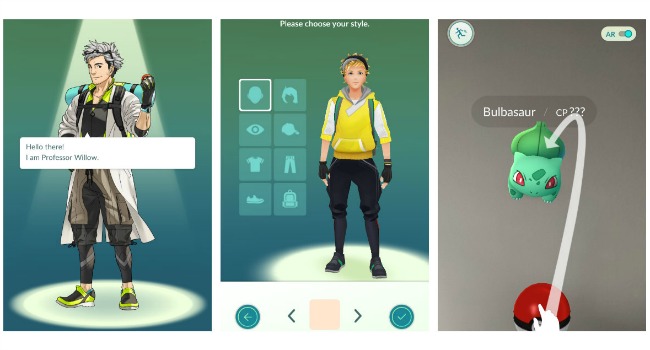 The onboarding process has an easier job than most due to brand itself. Many common Pokemon tropes have made their way into popular culture and are known to users even if they have never played a Pokemon game before. “Gotta catch ‘em all”, Pikachu and the red/white Pokeballs are all aspects of the brand that have permeated popular culture. These help create a sense of familiarity before the user even starts to play the game.

The onboarding process uses a number of UX approaches that are common to the games industry:

A simple registration process using google one click sign-on. Signup friction is reduced as it doesn’t require an email address or the use of a keyboard, similarly eliminating annoying signup form errors.

The introduction to the game comes in the form of narrative framing - a senior / trusted Pokémon advisor explains the basics one line at a time rather than as a monologue or long “Ts&Cs style” text. Users can learn the basics of the game at their own pace.

Easy and visual personalization of your character as a mini game.

Catching your first Pokémon introduces the core loop and provides an early sense of progress and a sense of reward for achieving onboarding goals, with hints of future actions in the game.

The next job of any game designer is to “hook” the user - to create the type of experience that is not only pleasurable, but also meaningful (and some might say addictive) for the user.

The Pokemon brand already creates a willing audience for this purpose - a generation of nostalgic smartphone wielding adults, many now with young children, all of whom have engaged with or are at least aware of the Pokémon phenomenon from previous generations of handheld devices. 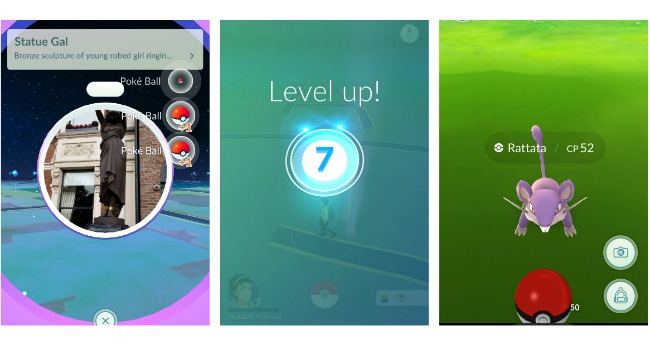 Pokémon GO makes frequent use of common game design techniques to create an engaging user experience. Addiction/engagement in users is created by triggering the limbic system to release dopamine, which in turns triggers the pleasure centres of the brain. This is done via a series of gameplay mechanics that guarantee the user has a good time:

Randomness in response to user actions is used frequently. This approach is used in many areas of the game, from the number and type of drops when stocking up at Pokéstops, to the varied rarity and spawning locations of Pokémon. It is arguably the strongest gameplay mechanic used to create an emotional engagement with the user. Intermittent and variable rewards, as used in slot machines, are quite simply the most powerful mechanic in creating addiction.

Pseudo-skill based mini games provide a sense of accomplishment upon their completion, such as the VR mini game for capturing Pokémon and levelling up decisions. Capturing especially rare Pokémon can also give a great sense of achievement when complete, and provides a justification for the time invested in playing the game.

Levelling up and unlocking medals provide a sense of progression and personal growth for the player.

Users are also likely to come across in game content which is restricted to them until they reach a certain point in their development. This sense of incompleteness encourages the user to stick with the game in order to unlock features they are not allowed to use yet.

Using familiar tropes such as the Pokémon theme tune and all the first generation Pokémon create nostalgia and familiarity for those already familiar with the brand.

Activities such as capturing buildings, giving your Pokémon nicknames, choosing and levelling up your “favourite” Pokémon, hatching Pokémon from eggs (with its maternal connotations) all help create a sense of ownership and personalization to the player’s game experience.

Unlike many other games, there is also the potential that gamifying exercise itself is creating improved engagement - higher overall healthiness is making people happier, and in doing so, may be fuelling additional engagement with the game.

Pokémon GO didn’t build a traditional online community into it’s offering. There is no “Click to Tweet” built in, no inviting Facebook friends and no built in forums. Instead, there are real world locations that people must gather at and digital items that not only have gameplay effects but tell you that other players have been at your location recently - and that they might still be near (Is that person looking at their phone? Are they playing? Should I say hi?). It’s the digital equivalent of inviting your friends over for a party - or marking your territory.

Online adoption has been due to people taking to their own social media channels and sharing it there. Combining these two effects could well be the beginning of a new trend in social interactions based on location and VR integrated products.

Immersion and suspension of disbelief 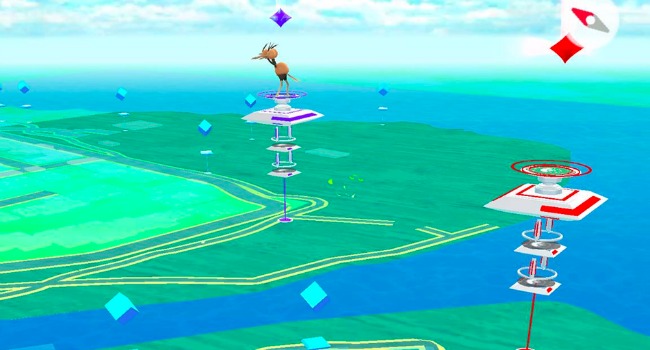 One area of the experience Niantic have invested a large amount of effort in is mirroring the real world in the app. While some claim it is the first major success for VR apps (and others don’t), what is clear is that the developers have focused many of their features on building a product that blurs the lines between the virtual and the real world:

Pictures of real world locations are visible in game (thanks to contributors from Niantic’s previous game Ingress.

Individual Pokémon inhabit areas of the (real) world related to their personalities.

The AR capturing Pokémon mini-game superimposes the game on your actual environment.

These approaches and many more reiterate and reinforce themes of immersion and blurring the lines between the virtual and real worlds.

Summarising the UI for Pokemon GO would go like this:

Many UI design mistakes can be forgiven if there is polish and the overall experience is pleasurable.

Pokémon Go is by no means the perfect product and a number of UI improvements are needed to simplify key activities - but in many cases, the beauty of the interactions far outweigh the usability issues. Nonetheless, many of these issues are already identified and confirmed as areas that will be improved in future releases.

Almost every game has a victory condition, and this is an area where Pokémon GO seems to have balanced out better than almost every other game.

Game players often break down into social gamers and competitive gamers, with different demographics showing interest in each segment. Social gamers value interactions and engagement with others, and their sense of success in a game often comes from other people and not just the game itself. Competitive gamers search for progress against others, completion of challenges and noted accomplishments they can review and share as a validation of their own success. Pokémon GO succeeds in allowing both these types of gamers to engage with and enjoy the game, without restricting users of one form of gameplay. This innovation vastly increases the demographic reach of the product.

To conclude, it seems everyone from children, their parents (and even introverted and autistic children can enjoy playing the game for their own personal motivations. And they are doing just that.

The UX of Pokemon Go