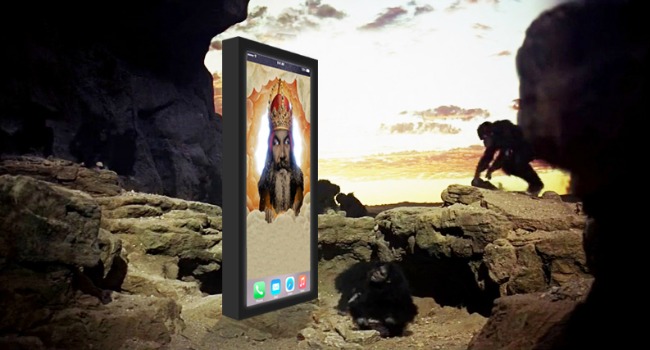 The irreverent history of design

Have you ever read a long, catastrophically boring blog post about the history of design, UX, or similar linkbait crap? It was probably created to improve the blog’s search engine rankings while subliminally trying to impress upon you the wealth of knowledge possessed by the author, who, you know, never actually managed to make the article fun and interesting. That’s where this article started. But while painstakingly and meticulously researching laborious fact after laborious fact, I came to realise something truly profound. The history of design is not a boring series of lessons we should learn in order to make the mistakes of the past. It is something altogether far more amazing.

This particular epic started many millions of years ago with a genetically gifted group of unicorn designers who sought to pass the secret seeds of creativity and focus on delighting users across the countless millennia. These user journeys contain suffering, pain, anguish and torment, with the occasional bit of cross-breeding, some truly great inventions, corporate culture victories and usability threatening defeats (mostly to the marketing department), and in the end, one person stands tall: the oft-talked about but rarely interviewed “end user”. This story is a project postmortem never before told. I present before you the true history of design. It goes like this.

The longest running “human factors” experiment ever performed kicked off some 5 million years ago. After significant disagreements about the right design direction to take, a lack of decisive leadership caused humans to split off from their co-founders and set up a competing product using the “Homo” label (similar to the “under construction” and “beta” animated gifs of late 1990s websites).

The most successful product launch in history

Competing on efficiency (bipedal design) and interoperability (API facilitating integration with sticks, stones and other products), many still considered the launch of the human being to be the most successful product launch of all time. Many previous design issues were resolved, the most celebrated of which included abandoning the use of tree structures which frequently caused crashes when more than one user attempted to use the same branch. The original design team however still lamented that fixes for usability issues such as the existence of back pain were still yet to be prioritised by management.

It is commonly understood that most user experience analysts of the time were simply grateful that Henry Ford had not yet been born, arguing that he would have commented: “If I had asked users what they wanted, they would have said stronger trees”, and the human race might never have happened at all.

The birth of user centred design

Very few results remain from the user studies performed during this time, though we have it on good authority that one afternoon during a particularly sunny April, one proto-human used a club to slap a village-mate who was making ugg-like noises in the direction of his mate. Afterwards, he remarked candidly that “while it felt good to crush his skull with something more than my bare hands, the ergonomics of club could have been improved”.

The Neanderthals were created in parallel with the Homo brand in one of the first examples of a designer using A/B testing to solve a design problem. Historical evidence suggests that while the Neanderthal was both stronger and more intelligent than the human of the time, they lacked creativity and the ability to perform unbiased user interviews while interpreting statistical data correctly.

These evolutionary disadvantages meant they weren’t able to match the human ability to deliver holistic user experiences to their alpha male warriors and resulted in critical misinventions like clubs with the sharp bits in the handle rather than the hitting end, boomerangs that hit their owners rather than their intended victims and clothes that were too itchy to wear comfortably in the freezing weather. After a number of failed attempts to gain traction, the best ideas from the Neanderthal design project were integrated into the Homo erectus product line and the entire project was scrapped even more abruptly than a failed Google (sorry, “Alphabet”) product.

The Ice Age began after a memory leak made its way into production due to a lack of adequate unit test coverage. It caused all but a few hundred users to leave the system, citing common user complaints such as “keeps freezing up” and “HCI centred approach failed to include environmental factors”.

Often described as “a pretty cold period”, humanity slowed its pursuit of improved usability while everyone focused on a series of stopper issues in the product. Near the end however there was a noticeable thaw in relations between man and the weather. Sadly, none of the previously engaged users were ever won back, having migrated to an alternative solution with easier onboarding and greater stickiness.

Due to inefficiencies in the hunter-gatherer workflow, early Homo sapiens learned to herd animals and build farms around this time. This in turn lead to new inventions like painting and pottery. Initially, still life painting was all the rage, but over time most artists realised that pictures of fruit were incredibly boring and moved on to creating more inspiring imagery, such as people being killed in horrible ways by their kings, or to mix it up from time to time, people being killed in horrible ways by their gods. 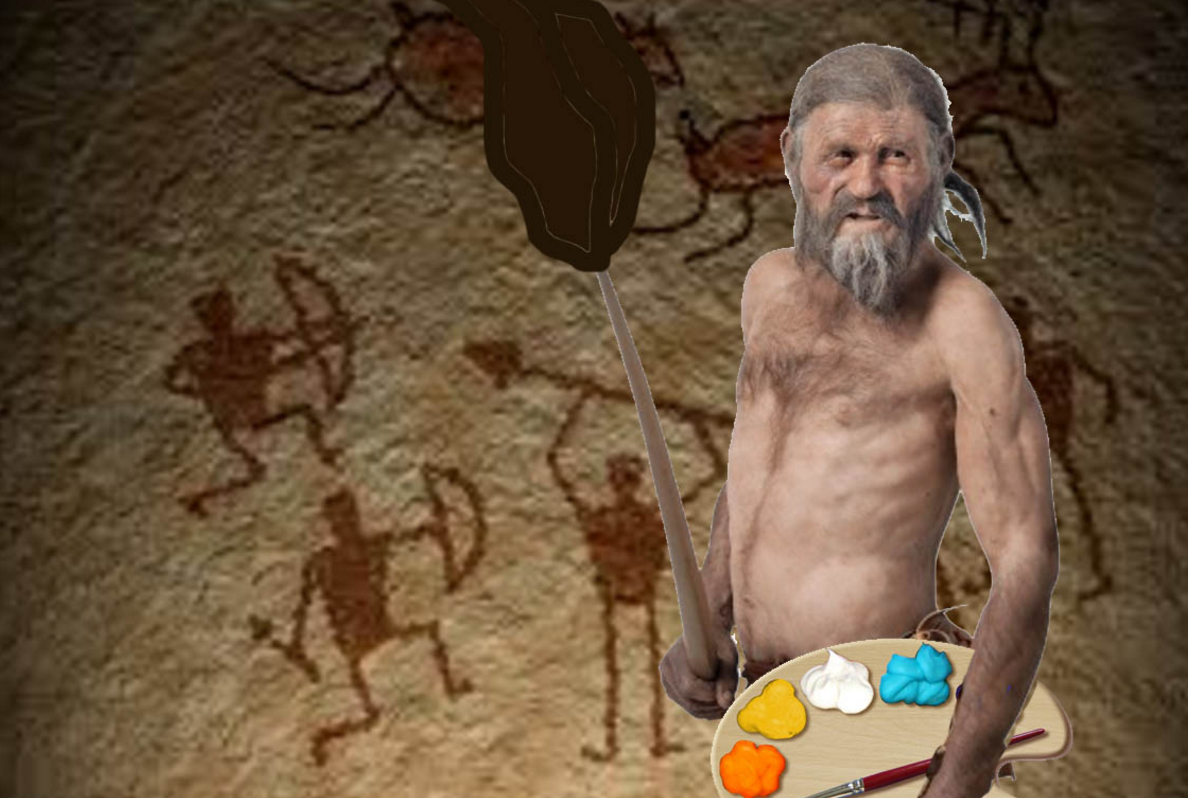 The end of the Ice Age also saw rapidly warming global temperatures and with it frequent changes in topography - notably rivers. The waterfall method (so called because meetings were organised near waterfalls originating from melting glacier ice) quickly fell out of favour as teams had to frequently and erratically jump out of the way of changing water flows at short notice. Those who survived were dubbed “agile” and a new management approach was born.

It’s also worth noting that at some point during this period, Jakub Nielsen performed his first user testing experiments. He then proceeded to found the Nielsen Norman group and launched his UX research site nngroup.com, which survived with its original design all the way up to 2012, even though it looked dated before it ever went live. Rumour also has it that the Neo-Palaeolithic period ended when his first quote was accepted causing the first known global recession.

Early financial accountants, conspiring with project managers, invented paper in order to mire all productivity in needless reporting and time tracking. Their inventions of papyrus and ink were quickly appropriated by artists who cited a lack of imagination and too great a focus on metrics and analytics as good reasons to draw pretty doodles on paper. This sub-species of real designers, more recently identified as a separate branch of humanity called Homo artistus, were easily identified as they continually tried to sell their drawings on street corners. Sadly they appeared to go extinct with alarming frequency due to their inability to actually feed and clothe themselves, though the same genetic mutation appears to have occurred with a high degree of regularity over the course of history and it seems a small percentage of society will always be considered penniless artists.

The wheel is invented by an unknown individual who was tasked with improving mobile engagement for his product.

By the time mankind learned to heat up rocks to the point that melty bits fell out and turned into metal, trade was flourishing in the Mediterranean and seamanship had reached heights that would remain unsurpassed until the dawn of the Industrial Age.

The Bronze Age also saw new design approaches coming into fashion, with interactive prototyping gradually replacing wireframing as the preferred method of communicating detailed design specifications. Originating in Southeast Asia, this movement was so popular that many tribes and cultures started prefixing their tribal names with the word “proto” to prove they were delivering their design solutions in the most effective manner possible. Of particular interest to designers, those tribes included the Proto-Tungusic peoples, the Proto-Slavic peoples and Proto-Altaic pastoralists amongst others. Clearly, forefathers of modern design sprang from these forward thinking tribes. 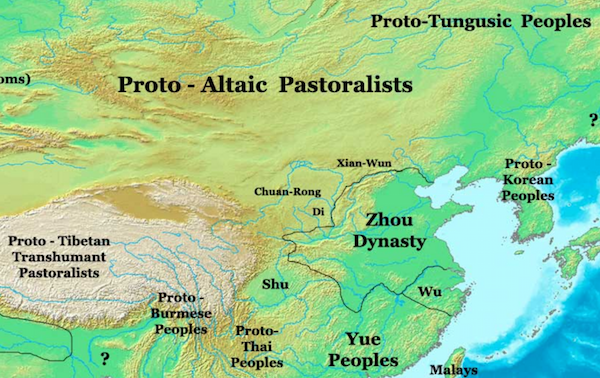 In Egypt, the mighty Pharaoh Sneferu (first of his name) found himself on his deathbed, his vegan diet and trust in homeopathic medicine failed to save him from the ravages of disease and death. Already worshipped by his followers as a deity, his annual pronouncements before the great altar had for years seen beholden crowds chant in unison while driving otherwise grown men to weep.

Fearing death, he looked for a way to commemorate his unique ability to think differently to those who basked in his godhood. Starting from first principles, he redefined the pyramid using a visionary understanding of human nature (and 15 precisely administered layers of wattle and daub), all while maintaining a healthy profit margin by using legions of transplanted foreign labourers to enact his vision. Although now long gone, those who watched over his legacy were frequently self-driven to madness trying to drive forward his vision.

Leaving the age of bronze and the mighty pyramids trailing in the dusk of history, the invention of iron heralded a savage new age of butchery and office politics in the world of design. UX researchers, unbiased by user feedback, quickly usurped market researchers and support analysts in a violent upheaval of corporate structures. Iron swords, iron armour and irony all became prevalent during this period, and whilst

Oh wait…I almost forgot this was a blog post. It’s being written to a word count, which I just reached. Go me. Celebrations all round. Such a pity about the story though, there was so much more to be told, don’t you think?

I really wanted to fit the whole Greek design revolution in - especially the story of Aristotle, the first VP of Product. I really wanted to talk about how Romulus, the first CEO of Rome felt he should input into the design process, and how he messed it all up. But I just couldn’t fit it in the space available. And don’t start me on the Dark Ages or the Renaissance - they’re chock full of incredible stories. Oh well. Sorry about that.

Of course I have the next section all written already. It’s just not published yet. Apparently, what happens on a blog is I do a call to action - like share this now, follow us or sign up for the email course and get the whitepaper delivered directly to your inbox. If you think about leaving, a big modal window will appear over the screen, giving you one last chance to change your mind. We don’t have those features yet, but you want this content, seriously.

So look, click the share buttons below. My ego will be sated with 100 tweets, and part 2 will go live. I have to be a narcissist to write like this, so go on, just do it. I’m looking at you right now. The links are just below. And see you back here again soon.