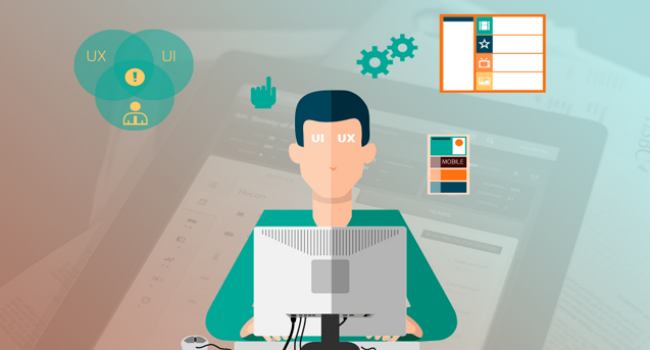 Mobile apps have become the most powerful tool for gaining easy access to potential users all over the globe. As an entrepreneur, you can’t neglect the importance of having an eye-catchy and feature-loaded business mobile app.

When it comes to developing a mobile app, UX (User Experience) and UI (User Interface) are two vital things that you can’t afford to ignore. It is imperative to understand the behavior of your target market prior to going ahead with any app development project. Irrespective of the amount of time you spend designing your app, failure to focus on the user interface design can affect your app’s credibility. The so-called “bad user experience” can be a result of a “bad user interface”. It is necessary to keep this in mind and follow a mobile application development approach that would aid you in designing better experiences for your users. The following design tips will highlight the most important things to consider when developing a mobile app.

1. Paying attention to the concept of responsive design is vital

While designing the User Interface for a mobile app, you should keep in mind that the app should be fully usable on a wide variety of devices and mobile operating systems. Whether it’s tweaking the media queries, JavaScript or the CSS, a special focus needs to be put on handling issues associated with displaying the app on multiple mobile devices.

2. Iterating user interface designs will be a huge plus point 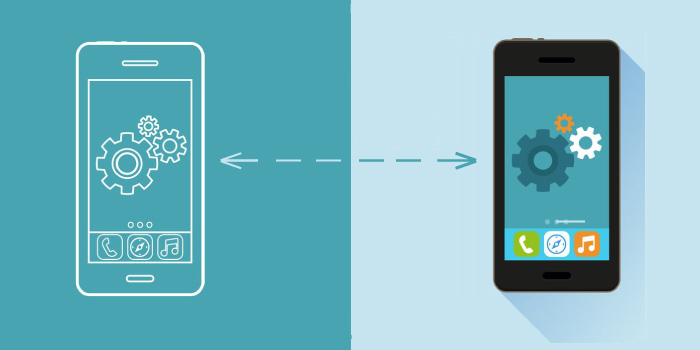 As an app creator, it is an excellent idea to iterate the interface design options so as to achieve apps that are fully engaging and retain the attention of targeted users. Don’t forget, with each successive iteration valuable lessons will be learned and can be re-applied to your next design project.

Usually, security and 508 compliance for accessibility are taken into account at a later stage during the mobile app development process, thereby resulting in an increased project execution time. As a UI designing professional, it is essential that you consult with the back-end team and middleware experts to ensure that the right set of data is being put forth in the most appropriate manner. Effective UI designing means a special emphasis on reducing the learning curve for the app users. This will also mean a considerable increase in the app user’s overall productivity.

Nowadays, a majority of clients misinterpret the phrase “keeping things simple” with the process of designing the user interface using a minimalist style. Well, this isn’t what the phrase actually means. Keeping things simple refers to the phenomenon wherein the first-time user of an app can open it and start using the same without the need for going through detailed instructions or guides. In other words, a simple user interface will allow the user to perform multiple tasks using a few simple steps. For instance, using colors effectively will let you keep your app’s interface as simple as possible. This will directly encourage the user to download the app and encourage them to return to your app on a regular basis. 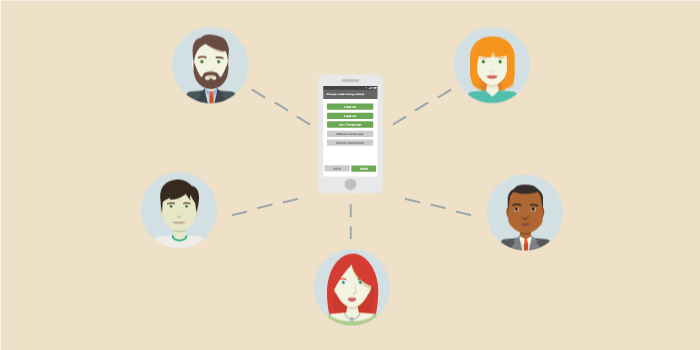 If you’re a UI designer, then it is beneficial to involve real users when evaluating different UI design ideas and opinions. Doing this at an early stage of development will reduce the chances of confusion over which features should be included or let go. The need for re-working will also be eliminated, thereby saving the project time and money.

There’s no doubt that a mobile application with an enticing looks and feel is always preferred to an app that comes with a more text heavy design. Whether it’s about keeping the users engaged or prompting them to return to your app regularly; a great-looking UI will do the job. The effective incorporation of rich visual controls will instruct the user about the way he/she can interact with the application.

7. Sticking to the OS guidelines is a must for creating a brilliant app user interface

When designing your app’s user interface, it is mandatory for you to adhere to multiple user guidelines pertaining to the targeted operating system. It is highly recommended to try out innovations with the navigation systems, touch gestures and interactions. Doing so will enable you to implement your user interface design in an improved format; allowing you to pick the vital features and reject the unwanted ones. An app will be scrutinized rigidly before being made available on major app stores like Apple Store and Google Play. Prior to submitting your app, do take time out to do some research on the kind of apps that make it to the app stores. You should read and follow the guidelines that have been laid down for creating the user interface of an app for each operating system.

Wrapping it all up

The look of an app’s user interface depends on the market that you are targeting. By adhering to standard guidelines you can create a user interface that is easy to understand and user friendly. With the world of app development continuing to advance and grow, you need a unique and intuitive user interface to make your app stand out from the crowd.